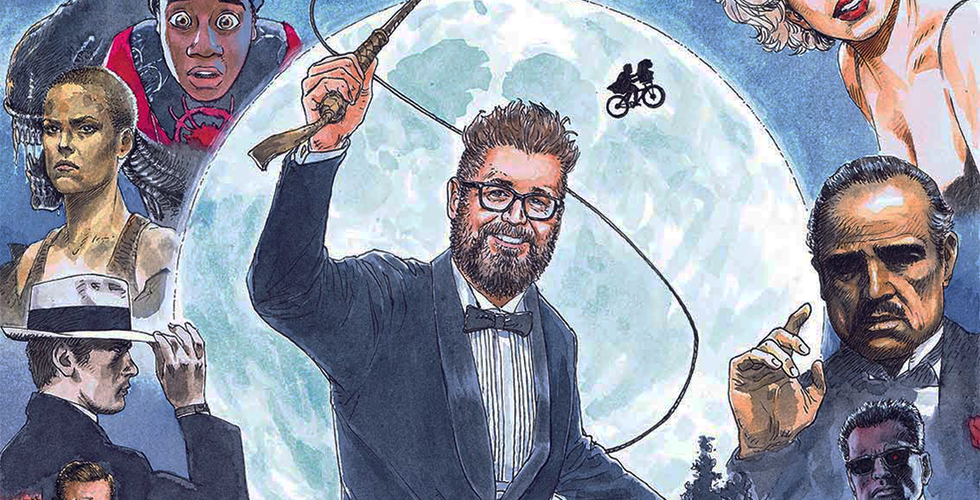 Scroll down for the English interview

Gert: Dear Martin. It’s a total pleasure to meet you! Sadly, the pandemic is still part of our lives, yet finally we both can indulge in a much needed bit of escapism: Because Corona is not delaying 007 any further! No Time To Die will finally premiere in The Netherlands on September 30th. Have you booked your tickets already? And where will you watch the film?

Martin Koolhoven: “The Eye Film Museum in Amsterdam will probably play it, don’t you think? I like to see it there!”

Gert: Usually new action blockbusters are not really slated for premieres there. But we will ask them! Talking about the Eye Film Museum & Bond; you can actually watch the magnificent comedy Another Round, with a leading role for Danish actor Mads Mikkelsen. The man who played the desperate Bond villain Le Chiffre in Casino Royale. Talking about Bond. As of late you have been focussing more on conveying your love and passion for cinema. You do that in a very direct way, both as speaker on masterclass events and presenter on Dutch TV shows (De Kijk Van Koolhoven: Koolhoven’s View On Movies). But what special place has the Bond film franchise for you in this larger passion/love for filmmaking? And how has this love been nurtured?

Martin: “I think there are very few true lovers of cinema that don’t have a soft spot for the Bond movies. It’s a relic from the past that has managed to always stay relevant by keeping the tabs on the times. In the beginning the movies were hugely trendsetting, but after a while the franchise also started incorporating trends. So there is always a mixture of nostalgia with the current zeitgeist, presented with state-of-the-art techniques. Bond films can be quite different in tone between themselves, but mostly they are a mixture of silliness ánd seriousness. Some lean more towards the one, others to the other. Still, every coming Bond movie always feels like an event.”

Perhaps a bunch of us will be like the fat sods in WALL●E. But what the hell do I know, do I look like a futurologist…?”

Gert: Sadly traditional event films have been tremendously tested since March 2020. We are now facing perhaps the most globalized pandemic that Earth has ever witnessed. How does this affect your passion for not just filmmaking, but also for watching the very film results in the 130-year old invention of cinema?

Martin: “True, Corona has affected a lot. But certainly not my love for the movies.”

Gert: And it should be like that. But society is changing by this event considerably. Take for example the Disney-Pixar animated film WALL●E. In there you eventually see humans being wheeled around by robots, both feeding them, toileting them, ánd even showing them movies. Do you think we are slowly heading towards such a society?

Martin: “I……don’t know. We are already living completely different lives than we did a century ago, don’t we? Just look at the advancement of gyms. I think people 50 years ago would have laughed at the idea of a rowing machine or a cross-trainer. Then again, you don’t see me in the gym. Perhaps a bunch of us will be like the fat sods in WALL●E. But what the hell do I know, do I look like a futurologist…”

Gert: Well, not immediately. But as a filmmaker, and perhaps even before your career as a filmmaker, you have some crystalized opinions about that matter. You actually worked in a sector that has nothing to do with filmmaking, but that has something to do with enhancing the good aspects of society. You worked with mentally disabled people and even prisoners. What experience of that work did you take with you in your later career as director?

Martin: “I think everything you experience affects you as a person and therefore as an artist. It’s hard to pinpoint exactly how it shapes you as a person, but I think it might have influenced how I work with people. I once tried to develop a movie about two intellectual disabled people, but that never materialized. Somebody pointed out to me once that there is a connection between me working in jail and the fact that my characters are often locked up in a place and want to break out, sometimes even literally! I have no idea whether that has anything to do with anything. Maybe. But it could also be the other way around. For example that I worked in a prison because I’m interested in that. And I always feel it’s good that a director has a bit of a life before he starts directing movies. It doesn’t even matter so much what, as long as it is something that lets you taste life outside movies a bit. The most concrete example that working in institutions gave me as a filmmaker is perhaps a joke: I often tell actors I can work with anybody since I have worked with crooks and retards!”

Gert: Haha, that’s perhaps the comedy element you brought into your movies. Let’s expand the question a bit. What about the bigger ‘healing power’ that entertainment in cinema can bring about? Let’s say social gatherings, like cinema, could help reducing mental deficiencies and disabilities, albeit just a tiny bit. Then what should be done if pre-Corona cinema is not returning in the next three years?

Martin: “To be honest Gert, I think cinema can do a lot. But reducing mental deficiencies and disabilities is not among them.”

Gert: And on a smaller scale? You actually tried, shortly after the Corona Pandemic hit The Netherlands, to get a foothold in drive-in cinema. How is that project going right now? Is it a perfect or a slightly flawed alternative for the real cinema experience?

Martin: “That’s right. In the middle of the first lockdown I showed M*A*S*H in the Amsterdam Olympic Stadium for an audience of healthcare workers; watching the film from within their cars. Before the movie started I introduced an hour of interesting or funny scenes with doctors, and that was big fun. We proved this could be done in a responsible way and every politician that I spoke said it was ridiculous we couldn’t do it for more people and claimed if it was up to him or her, we should be allowed to do this more often. Some were even part of the [government] coalition and said they were trying to fix it for me. But nothing has changed. I thought it was a perfect way to give the people some much needed entertainment, in a totally safe way. But nobody dared to make the call. A shame. We never had a drive-in tradition in The Netherlands though, but even before Covid I always felt that that was a shame. Of course I only really know this from American movies, but it always seemed like fun.”

The most concrete example that working in institutions gave me as a filmmaker is perhaps a joke: I often tell actors I can work with anybody since I have worked with crooks and retards.

Gert: Who knows, maybe you are on to something and others will pick up this typical American drive-in tradition. Anyway, back to Bond. No Time To Die will at least bring back some of the real classic cinema feelings. But even then there’s another development: streaming. Streaming services are totally on the rise, even before the pandemic. Do you see chances for a mild Bond spin-off on a streaming platform from Bond’s new co-owner Amazon?

Martin: “I’m sure it could be successful. But I’m afraid James Bond might also lose something. The feeling that something special is about to happen when a new Bond movie arrives might be watered down a bit, making it less an event.”

Gert: And strictly looking at a cinematic spin-off. Looking back on the DC Comics one-off Joker for instance. Do you think there could at least be some room for a spin-off of the S.P.E.C.T.R.E. syndicate…or even Ernst Stavro Blofeld himself?

Martin: “I think they [the producers] will contemplate a spin-off with other agents in the lead. James Bond is something you can do more with than with, let’s say, Indiana Jones. You could do movies with 008, 009, all set in the Bond universe. So It wouldn’t surprise me if they are thinking about a spin-off movie with Lashana Lynch. But Joker is a movie set in an alternative universe; supposedly it even had an ending where he would kill young Bruce Wayne, which would mean in that world there was never going to be a Batman. Hence I don’t see that happening with James Bond; I have a hard time thinking they would ever do something like that with Blofeld. Then again, I never thought they would do a complete reboot either.”

Gert: Let’s scrutinize your most personal films; the films both written and directed by you. Recently I have rewatched your last film, the western Brimstone (2016). In my opinion a western that does not necessarily try to glorify violence or turn it into a visually impressive ‘rain of blood’, but that wants to present the dark violent sides of humanity in all its rawness. This is especially true for the leading ‘villain’ of the film, The Reverend (Guy Pearce), who is committing incest and rape. But was this your aim as well? Showing those dark traits in an unapologetic way?

Martin: “Brimstone is a movie about violence and the consequences it has. So I couldn’t shy away from it being a part of the story. I also don’t think it glorifies violence, because you are never emotionally connected to the aggressor. You always feel for the victim. The violence is never portrayed as fun and it is never a relief. It is actually painful to watch (and by the way, many times you don’t even actually see the violence being inflicted).”

Gert: One of the scenes is almost Bond-esque gritty and violent when Samuel (Kit Harrington) manages to choke Wolf (actor Jack Roth) to death in a toilet. Bond-esque, because in a way James Bond does the same in Casino Royale and Quantum Of Solace. Were you a bit inspired by the unapologetic violence from Fleming’s novels? Or was it mainly an ode to 1950’s westerns?

Martin: “I didn’t think about any of these while I was writing and directing the scene. I remember the strangling scene in No Country For Old Men did cross my mind for a moment when I was writing it.”

Gert: Bond villains have to be a tiny bit larger-than-life compared to the actual leading protagonist. The way Guy Pearce played The Reverend in Brimstone makes me curious about your filmmaking efforts for a future Bond-film. Would you be interested in directing or writing a Bond-like action/spy thriller?

Martin: “I think you should only make an action/spy thriller if you have the budget for it and I wonder if I could ever raise that much money. So, I would only consider it if a studio would ask me to direct it. I would have to love the script and I must have the feeling I have a chance of finishing the movie in a way I am proud of.” 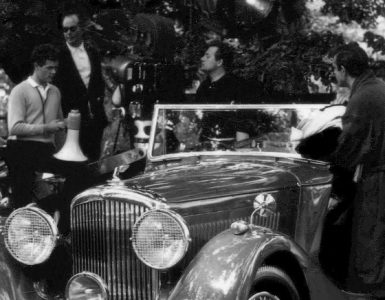 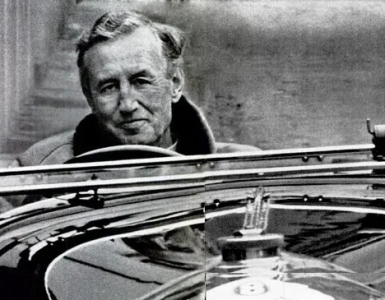