Some things in life are more important than James Bond. One of those things is the health of the people we love. Our colleague Chris Wright from James Bond Radio has run 100 kilometers in one day to support his unwell fiancée.

Eight years ago, Chris Wright started the podcast James Bond Radio, one of the strongholds in the Bond community, together with his friend Tom Sears. However, loyal listeners might have noticed that Chris has taken a step back the last three years.

Chris told CymruOnline that he was “over the moon” when his girlfriend Michelle agreed to become his wife. Although they have a wonderful relationship, it isn’t without health issues. Not long after they started dating, Michelle noticed a lump in her breast. Following tests in hospital it was discovered she had triple negative breast cancer – an aggressive and hard to treat form of the disease.

“She went through the initial treatment period with Velindre in Cardiff which was around three or four months long. She was then given the all clear and they were happy that the treatment had done its job,” Chris added.

Unfortunately, Michelle had to go to the doctor again three years later, around November last year. She received the devastating news that the cancer had returned and spread. Chris tells CymruOnline that it has been traumatising seeing her battle such terrible illness. “She is incredible – and that’s not just a biased filter speaking,” he added. “She was working in a profession that was helping others so she’s a very caring, very thoughtful person and someone that’s definitely got their head on their shoulders. She’s very realistic about things but also very, very strong in terms of dealing with things. I’m hugely proud of how she’s handled the situation.”

Michelle has had “truly exceptional” treatment from the staff at Velindre Cancer Centre in Cardiff. “Obviously it’s hard being a partner of someone that’s going through this. Emotionally it’s tricky and you sometimes feel like there’s not anything you can do.” To pay tribute to his fiancée and the Velindre, Chris has taken on the most physically difficult challenge of his life. Last 26th of November he took on 20 back-to-back Parkruns in Cardiff – a total distance of 100km.

(Article continues below the photo)

After setting up a JustGiving page, Chris has managed to raise more than £ 13,000. To donate you can click here or on the button below.

“The response I’ve had has been kind of overwhelming. I initially set a target of £5,000 and to be honest, I thought that was going to be a bit of a stretch,” Chris said.

All of the donations raised in aid of Velindre Cancer Charity are invested back into Velindre Cancer Centre and its community services. In addition to their support of cancer patients and their families Velindre also contributes to groundbreaking cancer research on a national and global scale, clinical trials, cutting-edge treatments, specialist nurses, support services, therapies, equipment, and so much more – so donations really do have a significant impact on patients and their families. 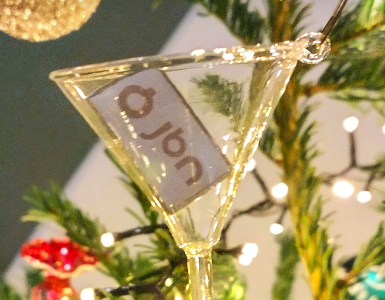 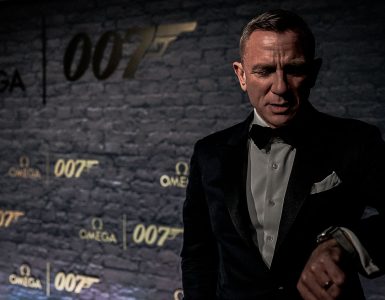 The Benelux delegation and I were being led from The Londoner hotel to the taxi. The ladies in long evening dresses and the gentlemen in black tie. It was time for a ride through a dark London in the direction of... 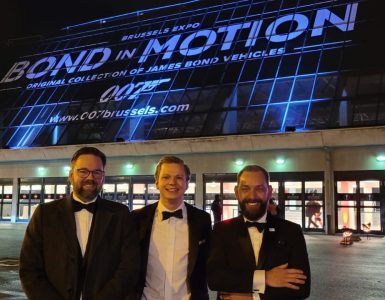 Press opening and gala night at Bond in Motion Brussels!

Last December 7th the press opening of Bond in Motion Brussels took place, followed by a fitting gala evening. We were present at both parts of the program with James Bond Netherlands. In this article I look back at...